Part of the ideal in creating an economy is to figure out how to optimize growth and production and decrease scarcity, while at the same time distributing goods in beneficial ways. Furthermore, with the absence of tyranny, everyone would get good food, a good place to stay, access to health care, access to the lands of the country, and so forth. So any command aspects of the economy would only be to serve the greater good, as would any and all self-interest aspects.

What happens when some people, our infirm for instance, cannot participate in the machinery of the economic system? More generally, what happens with those who are unable, such that common interest collides with self interest? The idea is to return to the ideal and say that “everyone would get good food, a good place to stay, access to health care, access to the lands of the country, and so forth.” That is where the re-creation or evolution of the economic system pivots, where at all times it is in service to a representative government, an ideal that should remain what we are continuously striving to perfect, no matter how entrenched our imperfect system gets.

Those unable or less able to participate in what has been set up to benefit us all, still should participate fully in the benefits. We just have a hard time getting a system going that works like that, as we continuously compromise ourselves to the imperfect system. There is no good reason, other than some ultimate benefit to everyone, that Bill Gates should have more money and access to the good life, than any other single one of us. He may be a good person, but he is not billions of times better as a person than someone who is unable to do works such as he has done. The bottom line, as it were, is that we would value each citizen equally and fully, and to be continuously questioning how we can change our economic system such that it serves each and all of us better.

The same thing that happens with those who are either unable or less able to participate in an economic system that pivots on self interest, is what happens with those attending to the arts and spiritual aspects of life. They are either sidelined or not in the game. The strength of an economy is measured by what the bean counters can attend to. Yet art and spirituality cannot be effectively measured this way. Where is the evidence that Frida Kahlo’s paintings are worthy of anything more or other than a place on a rich person’s wall?

There may be none, but they are far more and otherwise worthy. That our bean-counting market system makes little or less room for the theologians and artists among us, does not mean that they should not be part of the “everyone” who “would get good food, a good place to stay, access to health care, access to the lands of the country, and so forth,” or be the beneficiaries of what might be considered the charity of the more “fortunate”.

Nor does it mean that we should align with bean counters who only wonder if people would be more productive and earn more money if and how they are spiritual and enjoy which types of art. It is only one aspect of art, of Frida Kahlo’s works, that somehow they would make anyone a more productive employee. Art is not for the economy’s sake. Art is in no way in service to the market system. One of its functions is to be there to expose the economy for its faults. Who’s judging who? Art judges economy, not vice versa.

The manufacturing tycoon’s money is merely his, because the rest of us say he can have it, and only for as long as the rest of say he can have it. It may be a game of Monopoly we’ve decided to play, but Monopoly is only a game, and a person’s net value is not ultimately measured in how she plays such a game, or even her interest in it. Any money we say that the tycoon must give over to art or spirituality, that part that we say that he cannot have, is not his. That’s our money in a representative government—just as in a monarchy we would say he is rendering unto Caesar what is Caesar’s.

We get the bean counters, who want artists and theologians to justify themselves to the economy, when their justification is to the greater citizenry, to humanity as a whole, to humanity through time, and any life or spirituality that may be transcendent of that. It is part of being human to create good art, bad art, and everything in between. It is a sick, lopsided society that, when the economy is failing, the artists and theologians are made to suffer disproportionately.

Yes, there is a case for bad art. For instance, Samina Malik, who was jailed in the UK for writing a bad poem, and then rightly let go. The creative process is so misunderstood, the political machinery in its ignorance had her incarcerated for a time.

Let’s look at another case of poetry, one that may or may not be good, depending on what you as an individual think of it. After then-poet laureate of New Jersey Amiri Baraka recited his poem Somebody Blew Up America, the state decided to no longer have a poet laureate, to completely do away with the position. The challenge to the political establishment was too great. 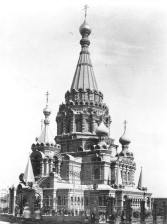 A benefit from art and spirituality is that they challenge the status quo of the money machine, which can lead to an industrial machine, a science machine, a technology machine, to the point of being a threat. Laws are created to prevent such threats, and artists and spiritual activists throughout time, up to and including today, are imprisoned, some tortured, and some even killed for their expressions.

Arts and humanities show us more of what it means to be human. At a basic level, an artist may simply be displaying what it is like to be another person. Culturally broader art steps outside the established modes of thinking and being, to display wider possibilities than are available in society. When it is not pointing directly to the outcomes of greed and the plight of those left outside the machinery, it can be bringing us beauty to consider, or even ugliness, other ways of seeing the world and our place in it, that are not part of the paradigm needed to produce goods and make profits.

I have news for you atheists: there may be a god. You don’t know. You have decided. That there is no room for god in commerce, is a great pull to atheism. Atheists have selected to believe that which is available within the limitations of commerce and industry. When we check out at a store, the cashier says, “Thank you” to us, not “Thank you and god bless”–heaven forbid. Or how about, “Thank you, you are loved”?

There are fully other sides to being human, than those fostered by the economy left to itself as a system, a system bent on growing and absorbing each of us. There are aspects to being human that an economy given full power would not allow us to participate in, or even hint at. Art so threatens. Spirituality brings morals and ethics that threaten. These parts of us are transcendent of the social and economic systems that we have chosen for ourselves.

We need to interject, to say that everyone gets to participate in art and spirituality, just as “everyone would get good food, a good place to stay, access to health care, access to the lands of the country, and so forth.” We are all not only above the law, but above the economy.

This site uses Akismet to reduce spam. Learn how your comment data is processed.